It always amazes me when many people are faced with a new trial that they often let anxiety and fear win out.  If only we could remember when we are in the middle of the noise and confusion to take a step back and look back at how we got through our troubles the last time.  There is an answer, and it’s not a secret.

Recently, I was looking at a chart about what happened to the stock market when interest rates were increased, which I’ve included on this blog.  Every one of the increases on that chart happened during my lifetime.

I recall when the Vietnam War was still going on.  I was required to register for the military in October 1972.  I wondered what was going to happen until a high draft lottery number kept me out.  Then in early 1974 the oil embargo hit with a vengeance, causing very long lines at the gas pumps and a recession.  It was around this time that the Watergate hearings were held.  Inflation was starting to spike.  After I was married, Rena and I were driving by a gas station in 1978 and I commented on gasoline doubling from 33 cents a gallon to 69 cents overnight.  Within months gas was three to four times the cost, up to a buck-twenty a gallon.

In my 2005 book “The Real Time Bomb: The Aging of America and The Retirement Crisis” two of the last chapters, touched on things I worried about:

Fifteen years later we lived through the unprecedented Covid Pandemic of 2020.  I wrote the following letter to our clients while we were locked down in our homes:

“Those who were concerned about the unusual eleven-year bull market, and accepted our cautious guidance, are doing well, making a positive return over the past year.  If you decided to be aggressive, worried that the rest of the world was leaving you behind, this financial crash has seen your account decrease, but doing better than many others who got too greedy.

“We still warn, if you climbed on the roller coaster of the stock market, Do NOT Unbuckle Your Seat Belt When It Gets Scary!  America’s economy has seen crazy times before.  This will either be a “V” experience with the market screaming back upwards, or it’ll be an “L”, where it drops, and then slowly moves back, as it did for five and a half years from October 2007 to April 2013.  Our guess is that it will be a little of both.

“While anything is possible, we can only remain cautiously optimistic.  The financial firms we use:  TDAmeritrade, Schwab, and Pershing are solvent and doing their job.  The Insurance companies we use are some of the best.   Our financial services company, United Financial Center LLC, is doing well and was ready for this downturn.

“Remember, we prepared for this.  You asked for what you are seeing in your accounts, whether the results are calm or turbulent.  A small portion of the investments have struggled.  Overall, if you follow our recommendations, all will be well in the end.  There is no need to fear.

“After this turmoil settles, we will be glad to sit down with you again and review where we go from here."

Reading this two years later is interesting.  I was just about right, as the market had an “Almost-‘V’” return.  In a little more than a month the market dropped 32%, and in about five months after the bottom, we had returned to the starting point.

The Pandemic Recession market did not do repeat what happened in the Great Recession of 2008.  What started in October 2007, hitting bottom 18 months later took nearly four years to return to the same level as it started.

As most of our clients and friends have lived through these times, you will also have experienced the repeat of today’s negative headlines.

We have a seemingly unending pandemic, high inflation with increasing interest rates.  Russia is attacking Ukraine, with multiple countries rattling their sabers, and China is  complaining again about the Americans.  Product shipments are held up.  The supply chain is disrupted.   Worldwide food shortage is being discussed.  There is record drought in the west.  Political and social unrest continues.

Addressing these issues, a couple of weeks ago I sent a letter to our clients and some of those who took our Pima Community College Class, “Retirement Planning Today”:

“Inflation and Bear Markets – We warned higher inflation would return, but today it can hurt your retirement if not managed right.  The Economy may be also be facing a long correction.  The average Bear Market is 1.1 years. The most recent recession was only three months.  This down-turn will be longer requiring changes to your retirement plan.

“Strategic vs. Tactical Investing – Preparing for retirement, whether or not you are working, requires flexibility.  Strategic planning is choosing a diversified, quality manager and holding steady with the plan.  But you may not have time on your side.  The 2008 recession took nearly six years to return to the starting point [from when it began].  That’s why Tactical Investing is essential.  The problem is few 401k or 403b retirement plans have Tactical managers with successful track records. You have to know what to ask and look for.

“A Financial Plan – If you are within a year or two either side of retirement, a certified financial plan is important.  It will review and make recommendations for insurance including Medicare, Tax Planning, Tactical investments, Social Security and Pension Optimization, and Estate Planning.

“Do Not Procrastinate – We stress the need to take care of your retirement today."

So, what’s the secret?

During my 30 years in the finance industry, I’ve learned there is no new answer.  The only thing that works is Patience, learning from your past Experience, and having Hope that all will return to normal.

While it is so very easy to dwell on the negative, just remember, as I have repeated many times throughout my years as an Investment Advisor:  If you are prepared, you shall not fear. 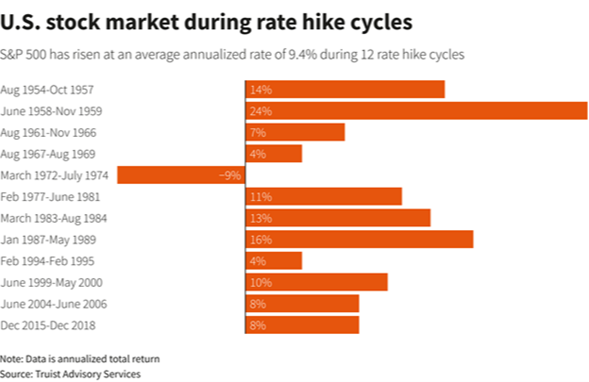 This blog post is meant for educational purposes only and not to be considered specific advice. Past performance does not guarantee future results and investing during any market cycle poses risks including the loss of principal. Investors must consider their risk tolerance and investment objectives to stay invested during down markets.